From the Starting of the year 2019, the JEE Main and NEET examinations would be held twice a year. This was announced by the Union education Minister Prakash Javadekar last week. These exams would be conducted by the newly formed NTA( National Testing Agency) instead of CBSE. Aspirants may appear for JEE Main in January and April, February and May for NEET every year. This entrance examination is for the academic session starting in August. In this way, the student gets a choice to choose either of the months for attempting for Engineering or Medicine, and the best part is that, if they decide to appear in the earlier month, then they get a chance to re-appear for the exam if their scores are not satisfactory. The questioning format, syllabus, Language and Fee for the exam remain intact. So, there would be no change in them. With the introduction of National Testing Agency, CBSE is relieved from its competitive examination duties. The students now would have the option of practicing for the exams from the end of August. The tests will be computer-based. The students may choose the dates from a span of four-five days. The datasheet and other related information would be put on the ministry’s website. Apart from Jee Main and NEET exams, The NTA would also conduct the University Grants Commission’s National Eligibility Test(UGC-NET), Graduate Pharmacy Aptitude Test(GPAT) and Common Management Admission Test(CMAT). CMAT and GPAT were conducted by AICTE so far. The government of India would give a one-time grant of Rs.25 crore to NTA to start its operation in the first year. After that, it will be financially self-sustainable. These exams to be conducted by NTA would bring in high reliability, standardization of difficulty level for assessing the aptitude, intelligence and problem-solving abilities of the students. However, the IITs would continue to conduct Joint Entrance Examination-Advanced exam.

Do Educational Apps Help or Not? Revocation of No Detention Policy – Is it Good or Bad? 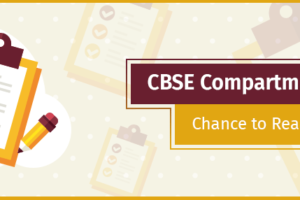