Class 10 and Class 12 exams had finally come to an end. Students who had burnt the midnight oil for preparing for their exams finally let a sigh of relief after a month-long turmoil with their exams. But this alleviation was short lived. When suddenly all the leading newspaper screamed of the paper leak in class 10 and class 12 papers. It came to light that the class 12 Economics paper and Class 10 mathematics paper had been leaked. The Economics paper had leaked on March 23rd, three days before the examination in Una, a town in Himachal Pradesh and was shared on social networking site WhatsApp by at least 40 groups. The Economics paper leak was exposed after an envelope containing four images of a hand-written copy of the question paper was delivered to the CBSE Headquarters in Delhi on the evening March 26, the day of the exam. On March 30, the CBSE announced it would re-conduct the Class 12 Economics exam throughout the country on April 25, 2018, while the plan for CBSE Class 10 mathematics re-test has been dropped for rest of India but may happen in Delhi and Haryana where the paper leak has occurred. The CBSE’s Class 10 mathematics question paper was allegedly leaked by a Una-based teacher who was arrested for his suspected involvement in the Class 12 economics paper case. The Supreme Court (SC) has dismissed petitions filed by students and parents relating to the CBSE’s question paper leaks. It has concluded that the court will not involve in any of the CBSE’s decision on a re-exam. The petition requesting involving CBI to probe the paper leak was also turned down by the apex court.
On 12th April 2018, police have arrested two bank officials of Union Bank Of India, where the question papers had leaked. A woman has also been arrested in this regard, who allegedly spread handwritten question paper to many WhatsApp group.
The question paper leak and the subsequent declaration of re-examination by the central board of secondary education (CBSE) has piled pressure on students of the commerce stream. Many students fear that the incompetence of CBSE to conduct a foolproof examination will affect their prospects.

Most of the student’s apathy is that Board exam is not the only exam that they have to attend as most of them prepare for one entrance test or the other. The situation will be very tragic for students whose entrance test coincides with the re-exam. 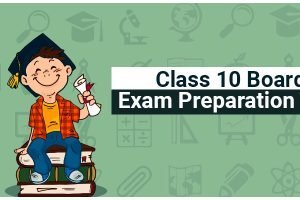